Clif Notes: It's Beginning to Look a lot Like Cratchit

I used to enjoy the holidays.

I have very pleasant memories of time off from the routine, preparations and excitement, tasty things you only get once a year such as homemade divinity, fudge, and sugar cookies, and delightful times spent with family and friends. I think that the United States holiday of Thanksgiving might even have been more dear to my heart than Christmas. Of course, the major component of that holiday is food, so for me that is probably not surprising. Smells of pies baking the night before, fresh cranberry relish (not that canned goop), and a golden roast turkey coming out of the oven looking like something out of a Norman Rockwell picture.

Of course, Christmas was also delightful. For that holiday the preparations and build up almost better than the holiday itself. All of the decorations, lights, shopping for family, friends, and maybe even that friend that you were hoping would become family. And the music. Wow. Bach, Handel, Mozart - absolutely delightful. Of course, we seem to de-evolved to "music" such as "Rocking around the Christmas Tree" and "Grandma Got Run Over by a Reindeer." But it was still a time of magic.

And then, I grew up and got a job.

Where did the magic go? I know that I am not alone in wondering about this. I think that many, if not most, of you have had thoughts along the same lines as the holiday season approaches. Reports of depression during the months of November and December seem to be on the rise. (On a related side note, however, the "common knowledge" that more suicides happen during the holiday season is, in fact, not true.) The most commonly reported stress factors in cases of holiday depression requiring intervention or treatment are loneliness and a sense of lack of family. Makes sense. At this time of year, we are constantly bombarded by the media whose portrayal of the holidays typically shows people together, laughing, having a good time, and generally being joyful. If you are single, recently moved to a new city, haven't made any friends yet, it just seems natural that this constant barrage of "happy happy" media messaging would get to you and make you feel like an outsider. But what about those of us who do not fall into that category, have friends and family locally, established holiday traditions, and seem to have all of the prerequisites for enjoying these festivities? Why do we still tend to look at the holidays with trepidation and many times feelings of, "Oh no. Here we go again."

A lot of people point to changes in our social fabric as the culprit. You frequently hear comments about how materialistic everything has become, how rude and self-centered people in general are, and how it seems like every year the parking spaces keep getting smaller. And it does seem like a lot of people are just looking for an excuse to bite your head off. Several people have told me that because of the extreme to which the political correctness pendulum has swung, they're afraid to say anything to somebody that even refers to the season. If you slip and say "Merry Christmas" to a stranger, you don't know if they are going to smile and return the greeting, spit on you, cuss you out, or physically attack you. Some folks tell me that just to be on the safe side they have given up holiday greetings entirely. So at first glance, it might seem to be obvious that "they" have ruined the holiday season for everybody.

Well, I suppose that to a certain extent, that's true. However, I'm always a bit suspicious about explanations that focus on people and events outside of ourselves to explain the feelings we are having within ourselves. We will come back to that in a moment.So while I do not deny any of these observations, I have to wonder about them. As a result of my consulting practice, I have had the privilege of experiencing the holiday season in a number of regions of this country, from the frozen beauty of the Northeast, where I learned what many of the verses of those traditional Christmas songs were actually talking about, to the bright and sunny Southwest of my native San Diego, where a number of times the day after Christmas was celebrated with a party on the beach. And all points in between. There is a big cultural difference between the Pacific Northwest and the rural South. Yet wherever I've gone, I hear the same complaints about the holidays. So it got me to wondering about common factors. Then it dawned on me.

Work. Among the people that I associate with the most, are the people I work with. And the people I work with the closest are in the same industry I am - information processing. I think most of our readers fall into that category. Many of you support 24/7 operations and have had the experience of being away from your families on holidays to do system upgrades or conversions, those being the only times the business can be down. But that's not what I am referring to. I'm referring to the modern attitude towards work itself. First, most people seem to think that any time away from the office is inviting a career catastrophe. "If I'm not there 60 hours a week, they won't think I'm dedicated, and they will pass me over for promotion (raise, employee retention after a merger, whatever). And with the rise of mobile computing and access to "data everywhere," the syndrome continues to get worse.

It's easy to blame the employers and claim that it is their inhumane demands and expectations that cause people to do this. In some cases, perhaps. But the holidays are not the only time you see this behavior. What about all the people who come to work sick, running fevers, coughing and sneezing, and leaking from every opening in their head? I haven't seen an employee handbook yet that said that you are expected to come in and put 50% of the office out sick by playing Typhoid Mary and spreading your illness around. Yet people do it all the time. On their own. Their choice.

Also, the nature of the workforce has changed. There isn't anybody at home every day to bake pies, do holiday shopping, wrap gifts, etc. yet we carry within us the expectations (supported by the media bombardment in many cases) that this is all Required Activity in order to enjoy the holiday and make it a "success." In other words, even if we have a balanced attitude towards work, we simply don't have the time to achieve the picture we still carry in our head. And that is not going to change. Norman Rockwell belongs in the museum, not in our day planner.

So my suggestion is, ignore the media. Lighten up on the "stuff." Focus on people. And most important, give yourself a break. Take your time off work. Don't check email. Enjoy the people in your life. And if you currently don't have that, look for ways to help someone else. But don't choose to sit huddled in an office in self-imposed exile. 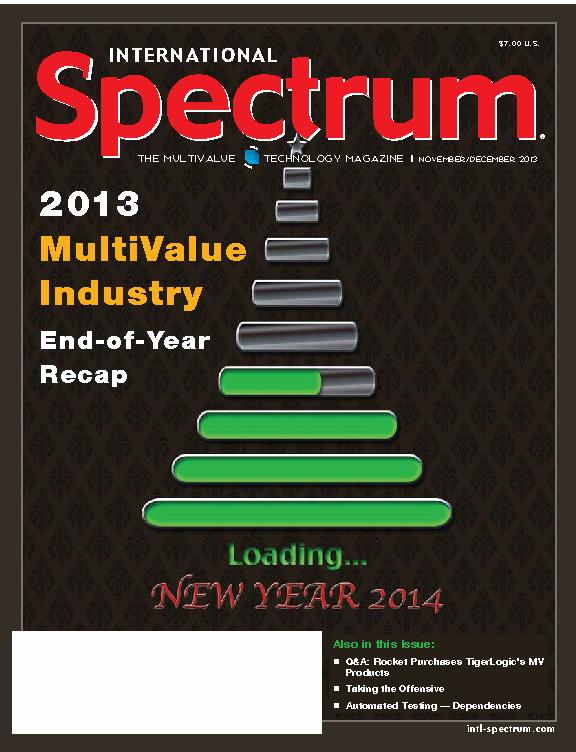