How many times have new management or consulting firms made recommendations such as replacing the legacy software to drive change? How many times has such an exercise failed to deliver promised outcomes? How often have we seen it become an unmitigated disaster?

Often the technical people are blamed for failures they had no control over whilst overpriced vendors often walk away untouched. If we don't want to be one of these statistics, we need to stop the disaster before it starts. To do this we need to take the initiative in the business strategy before it gets to the technology discussion. This is why we need to engage in the business consultation process.

I have seen many such disasters as I am sure many of you have. One example was a company that decided to replace their "legacy" system. The board had been promised that the new system would take them into the future and pay for itself within a few years. It would improve productivity, a tick for cost cutting advocates. They promised easier access to information, a tick to users frustrated by the lack of reports. They promised that it would enable the business to quickly add new products and services, a tick to marketing and sales. It all sounded very promising for the future of the business. Have we not all heard similar stories?

What actually happened was that the business paid a premium price for brand name software. They then paid an additional fifty million dollars to duplicate functionality in the legacy system. A cost that had to be duplicated with each new version. Note this feature rich new package did not have the functionality that the fifteen-year-old system had. How was this missed?

With the unexpected additions, the implementation was over two years behind schedule. One hundred million dollars was lost in the conversion that was never accounted for. Eventually they had their new system. It still only supported the same products and services that the legacy system had. They still struggled to get information out of the system. The final indignity was having to increase staff to support the system. Not long after, the CEO, CFO, CIO and Chairman were gone.

This failure would be sobering on its own, but it is not an isolated incident. Ninety percent of Enterprise software projects fail to deliver to expectations. Eighty percent of innovation projects fail to deliver to expectations. In both Government and Private sectors, billions of dollars are being invested into projects that don't deliver. All of this could be avoided if we focused on the business model before looking at technology. In the above example, management became caught up in the common trap of assuming that their problems could be solved with better technology. Not enough focus was placed on how it would add value to the business. With such high failure rates, you can understand why there is pressure to get better outcomes.

It is in this changing market that we are seeing MultiValue coming back into the forefront. MultiValue users are in a strong position to meet the new demands. We have seen a reverse in sentiment. Where the drive had been to be part of the crowd, now the drive is to stand apart.

In the past, despite the fact that our systems are cost effective and productive, using mainstream technology was seen as more important. Management would ask, "If everyone else is using XYZ, why aren't we?" Multivalue had become tagged as legacy, even though other technologies were just as old.

How the fortunes change. With an environment of tight margins and increased competition, management priorities are refocused on results and productivity. IT departments that are able to deliver "complex" projects quickly, cheaply and effectively are again highly valued. Gold-plated systems that deliver little benefit are being frowned upon. The strengths of MultiValue have become a priority.

The impact stands out in one example of an equity buyout of a publicly listed company. They replaced a brand name ERP system with a MultiValue ERP system. The cost savings alone on this move enabled them to sell the business for a profit. This should make many managers sit up and take note.

We have also moved into a period of rapid change. If an implementation takes more than 12 months, it will be out of date by the time it is completed. If the expected pay-back takes more than a year, it won't happen. Competitors are so quick in copying new innovations that you lose any advantage within a year. This is where MultiValue has its strengths. It is far easier to deliver results when the technology allows you to keep time-lines short and development costs down.

Another critical advantage: managing complexity. As businesses try to be more competitive, the systems become more complex. We are seeing many projects failing as the current technologies cannot handle scaling up the complexity. It is one of the features of MultiValue that many experts fail to appreciate. Building systems and testing them is a nightmare when the programming languages are too complex. The KISS principle is critical. Keep it simple saves a lot of grief.

Yet having the best of breed technology is irrelevant if we are using it to solve the wrong problem. As a decision maker, you don't want to be a statistic. So imagine you were in a comfortable position to deliver dramatic results within a limited budget and without stress. That you could react quickly to market changes. That you could introduce new products and services effortlessly to maintain a competitive edge. Would it not be a relief that the discussion was on how to achieve results instead of why the system is not responding to business needs? To achieve this, you need to shift the focus on business making effective use of IT resources. Instead of wasting time doing something that does not deliver benefit, focus that time on something that delivers. It gets back to first getting the business strategy right.

My company achieves significant success by practising what I am preaching in this article. Our "CEO Innovation Blueprint" methodology focuses on the business model. We don't even start talking technology until we better understand how we can reinvent the business to better serve the customer. We have delivered dramatic results for businesses around the world by better targeting innovation. This includes helping Government departments to deliver better service under tighter budgets. We have been able to reduce the potential for failure by simply getting the business model right first. We applied this internally to our software division that now provides a leading "RegTech" innovation solution. Software that is targeting the seventy billion dollars that banks spend annually on regulation across the world. Focusing on business strategy first is paying dividends.

Why am I harping on about getting the business strategy right? We identified that projects so often failed because management looked at technology as the miracle answer to all their problems. They were attracted to the type of sales spiel from vendors, "If you put this ERP system in with all the bells and whistles, you are going to gain a competitive edge." I am not saying that it won't, but I would suggest more executives should scrutinize the how. If the Government department or business pays a fortune to end up exactly where they started from, then what was the point? How does the new system pay for itself? The key has to be on how it improves the business. That means it is a business problem, not a technology problem. As technology providers, internally or externally we need to get back into the business conversation. For if the business direction is wrong, then we are fighting a losing battle implementing the technology.

As part of getting back into the conversation, we need to understand the changing business objectives. Consider that a decade after the Global Financial Crisis we are still dealing with flat growth and squeezed margins. Governments — Federal, State, and Local — are having to do more with less tax revenue. Businesses are under pressure to deliver growth whilst caught up in a downward spiral of price discounting. Whether Government or private sector, there has been a strong focus on cutting costs. For a decade, innovation and technology has been largely driven by cost cutting. The problem is that we have cut almost every feasible cost in the business. We are no longer cutting fat, we are cutting into muscle. It has gotten to the point that we are seeing businesses undermining customer services. We see infrastructure falling apart due to shrinking maintenance. At the same time, businesses are facing digital and market disruptors. This is all creating new challenges to both businesses and Government, who need to rethink their business models.

This significant change is creating challenges for business leaders. The success models that worked in the past are no longer working. Change is too rapid for current business models to cope. When I was talking to the chairman of a shipping company in Shanghai, he raised how his business was an innovative company. His challenge was that the competitors copied them so quickly that they struggled to recover their investment in innovation. If they did not innovate they would fall behind.

We are dealing with disruptive business models that drastically impact our business. They are driving productivity that is a hundred times greater than entrenched businesses. High growth companies are trialing multiple new innovations a week. How many company's technology infrastructures can support this rate of innovation? While it is both frightening and exciting, we are in a time of game changing events. The smart companies are going to beat the large corporations who are slow moving. Whilst you don't have to be at the bleeding edge as some of these disruptors, you need to be looking at how you can effectively keep in touch with the new market structures they create.

Traditional business consulting has been based around size and economies of scale. The focus has been on market dominance and making it difficult for new entrants. New technology is allowing new entrants to enter the market with little cost. For one hundred thousand dollars you can setup the infrastructure to take on a bank. It is wiping out traditional advantages. The disruptors have shrunk their back-end compliance processes. They are nimbler and have smaller operating costs. If businesses are not looking at their business models, then they could struggle to compete in the future.

Rather than having to implement what some other individual or organization has suggested, get ahead of the game. Drive the conversation, set the direction. Bring business consulting into the game to look at the business model before the technology. This may be a new business consulting arm of a software vendor. It could be about partnering with business/innovation consultants that you can trust. It may be about restructuring what the IT department does within the business by taking a greater role in innovation strategy. Whatever your strategy, bring business consulting into the mix. At the end of the day the technology is solving a business problem, not a technology one. 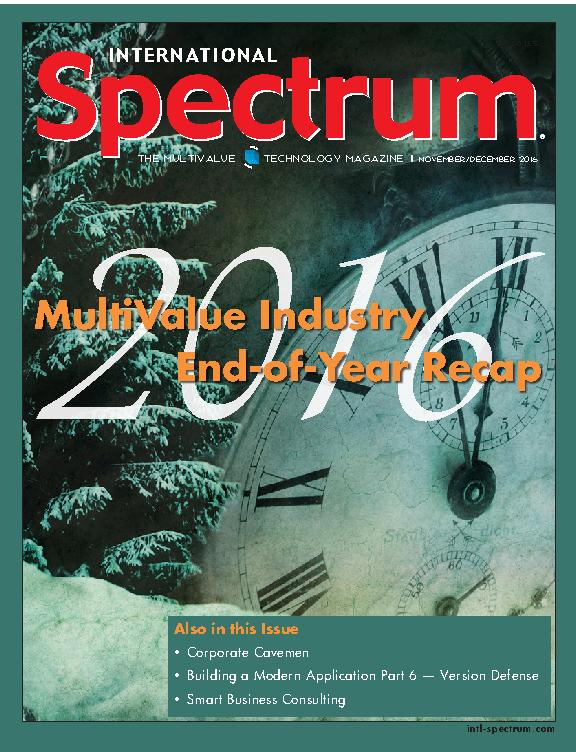