From the Inside September/October 2017

As I plan for the 2018 Conference in April, I'm always looking for interesting and fun things for attendees to do. As part of the planning for the MultiValue Bootcamp track I was looking for how other conferences have run that sort of training in their own industries. In doing so, I ran across the concept of a Coding Retreat. A Coding Retreat is very similar to the Code Katas that I've talked about in past FTIs, but it sounds like a lot more fun.

So I decided to include both a Boot Camp and a Coding Retreat in the conference this year. They do sound very similar, but they are not the same.

A Boot Camp's focus is to quickly get developers and/or users up-to-speed and working with practical and useful information in the shortest possible time.

Boot Camp sessions focus on the most commonly used tools, features, and knowledge (basically the middle-of-the-road approach) of a system. While this doesn't create a majorly experienced developer, it does provide a good foundation for junior developers or users looking to understand their administrative tasks better.

At previous conferences, we have called this our fundamentals track, or Back-to-Basics, but, in reality, there is more than just an understanding of the MultiValue fundamental concepts that need to be covered. Things such as creating accounts, setting up logins, encryption, printers, etc. are all tasks that developers must understand besides just "How to create dictionary items" and "How to write a program."

A Coding Retreat is more focused on refining the skills already known, by making someone solve the same problem multiple times, using more than one technique or design principle. For example, part of the retreat will have a developer create a program without using GOTO, GOSUB, or Loops.

Once that is done, we scrap the program they just created, and have them create another (solving the same problem), but with an added twist to it. Everyone starts their program however they want, but every five minutes they have to switch their code with someone else and continue coding, using someone else's code. This could go on for twenty to thirty minutes, switch ing coding every five minutes.

All of this is designed to force developers to work outside of their comfort zones and have them solve the problem in different ways. It also provides a way for developers to see how other developers solved the same problem, and perhaps learn new ways to approach something that they may not have thought of.

Both the Boot Camp and the Coding Retreat tracks at the conference are designed to help developers and users with new concepts, as well as to teach them how to maximize their MultiValue Systems; or to help them improve their current MultiValue skills. 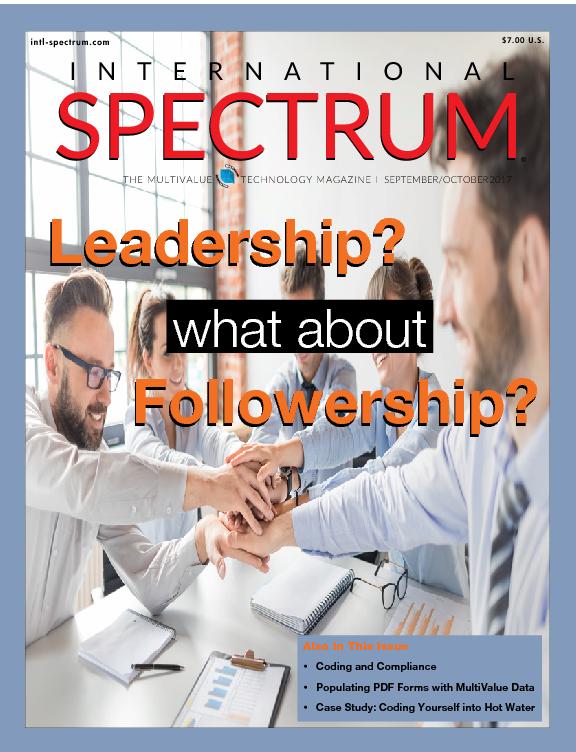