In 1984, it was clever to make the Save icon look like a floppy disk. There was an immediate visual connection for any user who was even a little tech savvy. It was easy to explain to the less sophisticated user: "Before you click this disk thing, you need to put one of those disk things in the slot." Today, the average child is already on the same level as yesterday's moderate-level users. And, of course, they have no idea what a floppy is, unless they have one of those parents who blew the dust off of one and showed it to them. It won't be long before the CD and DVD disappear from the collective consciousness in the exact same way.

We live in a world where an adult can conduct their entire life without knowing how to read an analog clock. They've never dialed a phone, the don't know why the soldier in the movie says, "Watch your six" when he means, "Look behind you." And we are still using iconography that assumes that everyone knows what a landline handset looks like. UX (User eXperience) is about making things easy and obvious to the person using the software (and hardware). That is, except when it isn't. 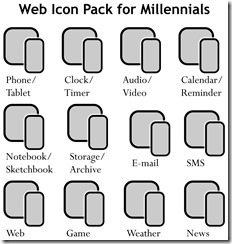 Games, one of the most UX-driven things we do with consumer technology, revel in making some parts of the interface easy and some hard. Players (users) have to earn some of the buttons instead of having access to the entire interface. For example: "Level Up! You can now tap the Green Door to access the PvP arena." In games, developers use the UI against the user to make the UX better for the user.

Of course, commercial software is different. That is, except when it isn't. Educational software, including professional training software, often requires you to earn access to additional features by passing a quiz or performing some sort of function. We routinely lock users out of features until they enter a password, or complete two-factor authentication, or prove they aren't a robot. When I'm testing web pages, I get asked if I'm human twenty or thirty times in a morning. By lunch, I'm starting to wonder.

So, a key part of UX is denial of service. Keeping them out until they meet the rules for being let in is core to pretty much all modern software. If you are one of those people who reacted to the word 'game' by saying, "Oh, I don't waste my time on games," then start investing some time playing. Angry Birds didn't get big based on the depth of concept or the resulting real-world rewards of mastery. It got big because it tapped into something that made people willing and eager to put themselves through the experience. If we are going to build compelling software, we need to learn how to borrow just enough from the game mechanics to help us along.

My wife and I once stood in a computer store in the very early days of the IBM PC and listened to a salesman justify why a green-screen PC was superior to a full-color Commodore 64. "Color is for children. This is a business machine." Yes, there are still, in 2017, plenty of green-screens in business. But nobody is arguing that color has no role in the workplace. Graphs and charts and documentation all work better in color. The web is filled with color. As go blue, red, and all the rest of the rainbow, everything else that attracts will find its way into some aspect of our business world.

We need to look at UX with fresh eyes. We need to understand that UX is in every part of what we do. It is not, and should not be, a coat of paint slapped on later.

You Knew This Already

Part of UX is naming. When I call a program INV.6.3 , it might be handy for finding it on the Inventory menu, option six, then option three, but it doesn't communicate purpose. Names are important. Except when they aren't. So, here's a thing you probably know but have never thought about: The web has a huge naming error baked into it's core: index.html .

It is, other than a few edge cases, what we name the landing page of each part of our site. Granted, depending on our choice of programming language, it might be index.aspx or index.php , or some other variant, but the key word, the key name is index . Why? Because the web is HTML and HTML is a subset of SGML and SGML was designed for managing documents and therefore — deep breath, run-on sentences are tiring — what better place to start than a table of contents or, wait for it, an index ! So, millions of programmers call their landing page index.<something> even when that is wildly inaccurate. Assumptions form design decisions. Design forms a large part of UX.

I have rarely worn a watch since the day I realized I was carrying three other devices that also told the time. I'm a roll-up-the-sleeves guy. Watches get knocked into walls and doors when I wear them. Why put something fragile, expensive, or both, on my flying wrists? I'm sure I'm not the only one that has decided I don't need a face (analog or digital) on my arm.

So, why do the Fitbit, the Apple Watch, and the various bits of Android arm candy exist? Don't we all carry phones with the time on them? Sometimes a laptop or tablet or second phone as well? Hardware is part of UX. For some people having a device that they can turn toward their face without using their fingers is important. The ability to pair it to the phone makes the watch an extension — a feature — of the phone. That's transformative. It isn't another device which tells time, its another interface into the same device. It has become valuable, not for what it does, but for how it lets you interact with what you already use. The watch literally jumped categories and became more relevant in the process.

UX isn't just about our part of the business world. Imagine trying to get people to routinely spend as much (or more) money on a train ride than on a plane. The train takes longer. It isn't much wider or more get-up-and-walk friendly. How did Amtrak make that work? Well, some of it is due to people who don't like the experience of flying. Some of it came from adding power plugs by every seat in the premium trains. Some of it came from refreshing the interiors of those trains. Adding amenities. All of those things are UX things.

The train experience is different than the plane. The train UX is different. Those are the same sentence. So, remember, the cubicle that you hate and the private office that you love are part of the UX of your job. It isn't just the software on your desk. The mouse (I hate track pads!) or track pad (the mouse hurts my shoulder!) are part of your UX. Maybe, you like the cubicle because you just have to lean back to confer face-to-face with a colleague instead of having to plan a meeting or walk to the other side of the building. All the things you experience come together to form your view of things.

"That's great, Chuck, but I just need to make a web page that won't cause the user to cringe," you say. How do we pull back from the totality and focus on our project's UX? The key words here are empathy and common ground.

If the user only speaks German, maybe your site (or app or software suite) should be displaying prompts in German and help in German and FAQs in German. Find out before you start building it in English or Portuguese. If the users call a job a project, then use the term project. Don't force them to use your idioms and slang. If half your target base is shade-blind, don't use tone-on-tone. The key idea here is that until you experience — there's that word again — how your users see the world, you can only get it right by accident.

Next article we'll address a topic that has been chewing up a lot of my time recently: ADA compliance in web development. In the U.S. we have a legal requirement to make accessibility a core part of how we design software. Other countries have similar measures. Oh, and if you work with the U.S. government or work for them, 503 rules are also in effect. Compliance, as Susan Joslyn can tell you, can be fun. 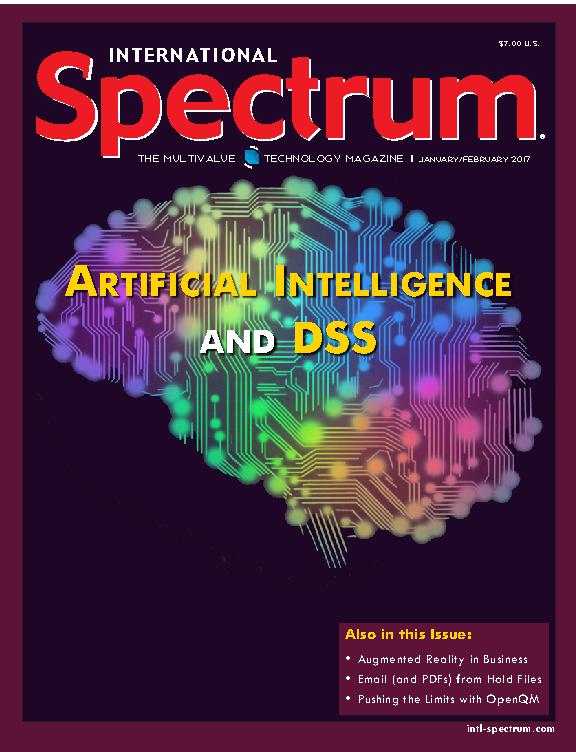