Our community has been battling this issue for years: the perceived lack of entry and mid-level developers. One of the things that I noticed in the last few Spectrum Conferences was that the age demographic of our attendees was trending younger.

The perceived lack of junior level developers has been a hindrance to the adoption of MultiValue technologies, as well as a constant question that new CIO, CTO, and CEO bring up whenever they contemplate moving from their stable MultiValue system, to something else.

We hear this all the time: "I can hire .NET/JAVA/etc. programmer directly out of college and they will already know how to code. We all know that coming out of college having had classes in a language is not the same as knowing how to use it in business. We all know that there's a question behind the question: Does this system have the long term viability we need?

What businesses want most is something that helps the bottom-line, has good TCO (Total Cost of Ownership), and is easy to train new users on. There are CIOs who have other motivations, some of them are fighting religious wars where the vendor's name is a bigger factor than the company's specific needs, but that's a different article.

As MultiValue DBAs, analysts, and developers, we know that the TCO of MultiValue - both the databases and the applications - is much lower, not to mention the ease and speed at which we can alter the business rules, processes, and data schemas to match shifts in the real world. As the database providers add new features, APIs, and handle the general buzzword compliance , we continue to suffer from perceived disadvantages, not real disadvantages.

The question then becomes, why is it so are hard to find junior or entry-level people? Since new hires cannot be expected to walk in knowing the business side of the job - the particulars of how your individual company works - they are expected to already know the tech side when they report for work on their first day. This offloading of IT-specific training, this idea that we have to show up pretrained by our college, or our last job, isn't realistic when applied to entry-level hiring. Companies have to shed themselves of the notion that expertise in IT is a magical thing that doesn't require investment by the company itself.

This is an endemic problem in the IT world in general, not just in the MultiValue shops. Any businesses that are doing more than simple web and mobile applications are running into issues finding qualified developers. At some point companies have to accept that entry-level people are made, not born.

To address this in our corner of IT, International Spectrum has created training programs, webinars, mentorships, and our yearly conference. You can find other sources for training MultiValue developers as well. There are options. There are resources.

Any developer you hire will likely have basic knowledge of the nuts and bolts of coding, and translating that into MultiValue languages is pretty easy. Experience with PHP, for example, with its typeless variables and extensive string handling, is a good starting point for learning mvBASIC. If you can use Perl, Proc isn't going to be terribly daunting.

Can I code in it? For most developers, the answer will be yes after a minimal amount of training . How do you use it effectively? That's a harder question. One that has to be approached in any language, with any database, and across all lines of business.

Why would you use one method over another? What in the world where they thinking? Those questions will come from any freshly minted developer when looking at older coding styles regardless of the language or languages used.

This is why International Spectrum Mentoring was designed to help entry and mid-level developers to continue to enhance their skills. It creates a place to ask question that senior developers intuitively know. For more senior developers, there are new tools and procedures available to solve problems that can be brought into the conversation. Mentoring can help with that as well.

It is very easy to bring additional value and modernization to your existing MultiValue system without losing the years and years of business logic and profit margin. When you can't find developers, it's good to know how easy it is to make some more. Just add training. 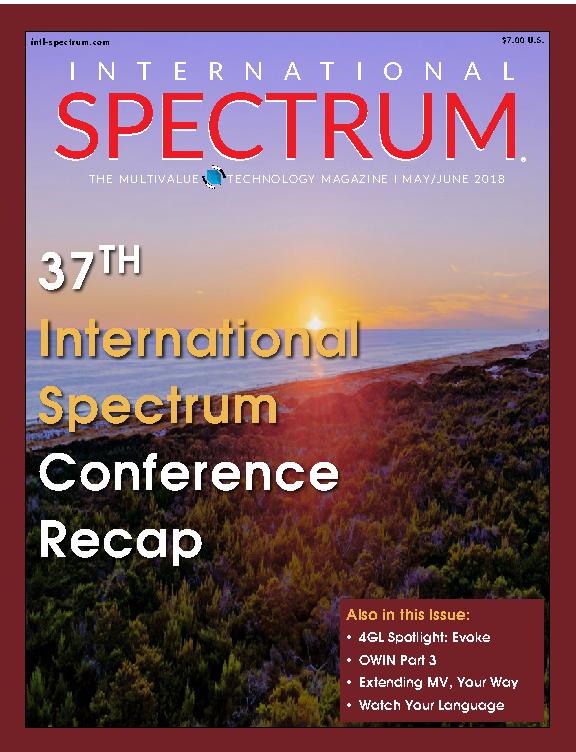