This is the first in a series of articles about systems which write code for you. While that sort of technology has existed for decades, there have been vast improvements in recent years. Each installment of the 4GL Spotlight will offer you details about some of the current offerings.

Today I had a chance to talk to Bob Markowitz and Simon Theobold of BlueFinity about Evoke.

Spectrum: When I first started talking to Bob about this interview series and I refered to Evoke as a 4GL (Fourth Generational Language) he felt that understated it and undersold it.

Bob: Evoke is a develop-once, deploy-everywhere, platform that happens to work with MultiValue, SQL, Oracle, and lots of other databases out there. Evoke is low-code, no-code. That means that the tool itself generates an app which will run on all devices without the need for any hand coding.

Spectrum: When you say all devices, are you talking about PCs and Macs? Web-only?

Bob: Yes. The desktop, as a web app or a native app. Android phones. iPhones. Watches. Tablets. That one set of code will run on all of those devices.

Spectrum: Can you give an example of a use-case? What sort of things are people doing with Evoke?

Simon: Evoke is currently being used by customers in Austral-asia, Europe, and North America. The type of people using it is very diverse. As Bob said, the resulting app runs on every platform. Because of that we have organizations that are using it for stock-taking, for contractors and and employees to put in timesheets and expense forms. During the week, they'll create an app that their contractor can use on their phone when they are commuting in, on their destop during the day, and on their tablet on the sofa during the evening.

We have organizations using it to track VATs, machines, various components. You can have citizen-developers, people who really aren't down-and-dirty developers. They simply use drop-and-drag, point-and-click, option-select to create an app that will help meet fairly sophisticated business requirements. Without all the coding, you can met the needs of industries such as banking, health care, recruitment, manufacturing, service industry, etc., etc., etc. So you've really got a diverse range.

Spectrum: Are we talking green screen screen-scraping, or something more sophisticated?

You will be able to build apps that can interact with your phone camera, that will adapt automatically, based on whatever screen size or operating system they find they have. An app that will automatically use the culture of the different devices.

So no, we aren't talking screen-scrape, we're talking about full function.

Spectrum: Culture of the device?

Simon: Everyone has their favorite device. And they like to have a different style, a different font for their words, a different way of showing entry fields. Things that make it instantly recognizable.

In order to create, what people have done in the past, is they've created separate apps for separate devices to embrace the cultures. With Evoke, you simple tick a box and Evoke will mimic the culture of the device the app is running on.

We also have customers who have a corporate style and we really don't care what device our app is running on, we always want it to look the same. Just check another box.

The full interview, which includes a mini-demo, is on YouTube: https://www.youtube.com/watch?v=ZYo6Ik0pUnM 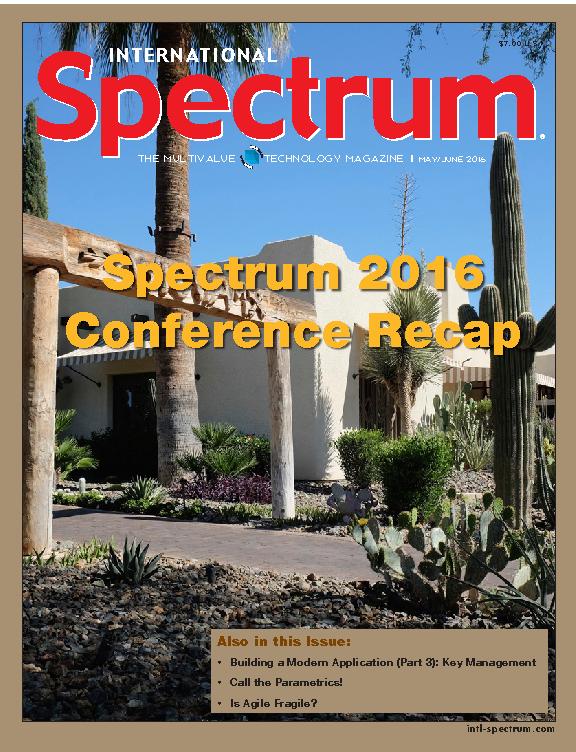